Following Marshal Mannerheim's death on 28th January 1951, the idea arose of opening his house to the public temporarily for a certain period of time, but when the doors were opened in November of the same year the numbers of visitors were so great that it was felt necessary to prolong the period. The Mannerheim Foundation had already decided in January 1951 to establish a museum but had not originally thought of placing it in his house, especially since the building and its grounds were in private ownership. Instead they had been engaged in a frenzied search for suitable premises to which his belongings could be transferred. Meanwhile the Foundation continued to rent the house from the Fazer family. The decisive turn in events took place in 1957, when the house and half of its grounds were acquired by the Foundation. A large proportion of the furnishings had been purchased from his heirs previously.

The Mannerheim museum’s mission is to introduce the different phases of a unique life story and the physical surroundings linked to that, and also generally retell the different stages of Finnish history.  The museum pays attention to constructive patriotism and simultaneously supports multiculturalism and multilingualism.

The body of the museum’s operation is to present the permanent exhibition, the home of Marshal Mannerheim, to groups both small and big. The museum visit always includes a guided tour which offer a platform for genuine encounters with the museum visitors. To visit a home museum with a skilful and language proficient guide gives the visitor new perspectives. A significant amount of the museum visitors is visiting for the first time and on the other hand the museum also has many loyal visitors. The visitors include many diplomats and other prominent figures as well.

One of the most apparent ways to assist the museum’s goals are exhibitions. For this purpose, the Mannerheim museum has devoted two rooms. From every temporary exhibition the museum aims to leave a permanent mark, through traditional publications, in pedagogic activities or in digital form. The objective is to find a balance between the established and the experimental.

The museum calendar is also filled with other events. Apart from releasing publications, opening exhibitions and working together with universities the museum also arranges public events and invites guests to private occasions. In 2017, the 150th birth anniversary of Mannerheim was celebrated, and the museum arranged several smaller events. Everything between seminars, drama tours, concerts and dinners. In the autumn of 2019 the museum took new steps towards international networks. 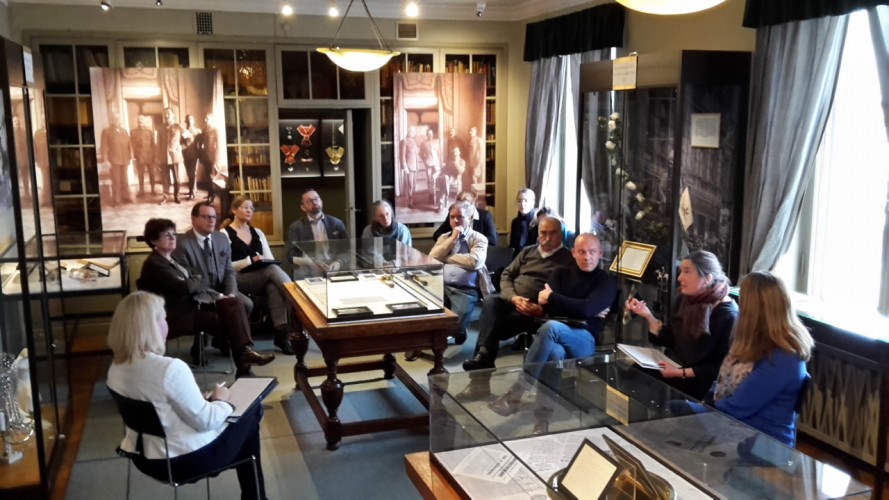